Nina Totenberg, the longtime NPR legal affairs correspondent, has a defiant message for her haters in her new book Dinners with Ruth: A Memoir on the Power of Friendships. Despite persistent criticisms of her decades-long friendship with Ruth Bader Ginsburg—including an assessment from NPR’s public editor in September 2020, shortly after Ginsburg’s death, that NPR should have disclosed the friendship early and often—Totenberg chose to write a turgid memoir centering that friendship. It’s a “don’t even bother coming for me” response, emphasizing her choice to spend decades flouting basic ethical standards. Get in, losers: We’re going self-aggrandizing.

There are two main problems with Dinners with Ruth, a book written in the cadence of your airplane row mate who won’t stop broadcasting their meandering life story. First, Totenberg blithely casts her relationship with Ginsburg as something to be celebrated rather than criticized. Second, by depicting the justices—her pals—as foibled geniuses, she ignores the power they wield as unaccountable super-legislators eager to take your civil rights away and transfer them to a corporation in need.

Dinners With Ruth works through an identity crisis in real time: Is it a biography, a memoir, or yet another spine on the shelf of Supreme Court “behind the curtain” books? Totenberg herself doesn’t know, as the book caroms among biographical sketches, under-detailed anecdotes, and surface-level Supreme Court case summaries. Don’t read this if you want expert legal analysis, let alone a mea culpa for the years Totenberg spent reporting on people she was also inviting to dinner parties. Do remember to bring an insulin shot for the treacle.

Totenberg does acknowledge a couple ethical violations early in her career: plagiarizing quotes for a piece in the 1970s, and later writing an op-ed in support of Ginsburg’s nomination to the D.C. Circuit while she was reporting on the judiciary. But those moments of candor pale in comparison to the rosy, uncomplicated stories of her friendships with multiple justices.

Antonin Scalia, whom she “loved,” figures in one of the book’s most disturbing episodes. Just days after D.C. v. Heller, the 2008 case that ungrammatically discovered an individual right to bear arms in the Second Amendment, Totenberg and her husband hosted a dinner party with the Scalias in attendance. Totenberg’s husband placed plastic squirt guns in each soup bowl and later aimed a Super Soaker at Scalia. This, Totenberg recalls, “brought down the house” with laughter.

Absent from this narrative, of course, is America’s gun violence epidemic and its connection to Scalia’s Heller opinion. But as Scalia himself says in another anecdote, “I’m a Supreme Court justice. I can do what I want.” Thanks to reporters like Totenberg, whose ideas for rigorous questions for the justices include “red wine or white?”, he’s right.

It’s not just Scalia and Ginsburg that Totenberg befriended. Lewis Powell attends dinner in her home in the mid-1970s; William Brennan sends a personal note addressed to Totenberg’s newborn niece; Stephen Breyer clears the table and helps mop up an overflowing dishwasher. Literal Supreme Court justices are portrayed as members of the cast of Friends, constantly dropping by Casa Nina to get up to some harmless hijinks.

These anecdotes line up with Totenberg’s purported reason for writing about her memories of Ginsburg: “This book was written in large part as a tribute to friendship,” she claims. “What we shared was the special warmth and closeness of longtime friendship. We were present in each other’s lives, especially when it mattered most. We showed up.”

There’s nothing wrong with writing about friendship; there are many classics in the genre, from Sula to The Secret History to Truth and Beauty. But you can’t use the glop you write about friendships as a shield against the criticism that such friendships prevent you from doing your job effectively and ethically.

Those lucky enough to enjoy long-term friendships like the one that Totenberg and Ginsburg shared know that such relationships are intimate, vital, and mercurial. We love our closest friends; we fight with them. We resent them, and we would go into battle for them. I once pettily told my best friend—the first person I came out to, whom I’ve known since middle school—that he, more than anyone else, made me feel irrelevant.

None of that complexity is present in Dinners with Ruth. Ginsburg and Totenberg just keep hanging out at each other’s homes and occasionally appearing on panels together. In Totenberg’s retelling, their most fraught disagreement came when she informed Ginsburg that she planned to ask, in an interview, about her ill-advised comments criticizing Donald Trump during the 2016 campaign. Totenberg describes it as “the only time [Ginsburg] had tested our friendship from our respective professional roles.” Upon being given the advanced warning, Ginsburg replied, “Oh, please don’t do that.” Totenberg affirms, “That’s my job.” If there was any fallout from this tiff, we don’t hear about it. We’re far from Brutus stabbing Caesar; what’s bleeding to death here is any semblance of journalistic standards.

It doesn’t have to be this way. Early on, Totenberg recounts a story she wrote in 1974 about the Supreme Court’s mistreatment of Black employees titled “The Supreme Court: The Last Plantation.” One Black employee worked nearly 70 hours a week for Justice William O. Douglas; another was required to drive Justice Stanley Reed to his Kentucky farm and stay at a hotel, where his lodging was covered but his meals weren’t; a Black janitor was forbidden to speak to or acknowledge in the hallway the white law clerk he was dating. The article sounds like what we expect from the best Supreme Court journalism today: well-researched, critical, and aware of the power that the Court wields.

But when recalling the piece in Dinners with Ruth, Totenberg retroactively pulls her punches. “Were I to write that same piece today, I would skip the indignant tone,” she writes. “Rather than be judgmental, I would have given the readers just the facts.”

What a disappointment. The story shows that Totenberg has the capacity for in-depth, critical reporting on the revanchist tendencies of the Court. Her ascension from college dropout to one of the nation’s most accomplished legal journalists clearly demonstrates her talent. But Dinners with Ruth demonstrates little of that gimlet eye she had in the ‘70s. One guesses that at said dinners she never asked Ginsburg why she hired one Black clerk in over 27 years on the Supreme Court, and none in her 13 years as a federal appeals court judge.

I get it: Most of us would hate to call out our friends over chardonnay about their missteps at work. But that’s precisely the problem. Totenberg’s amoral flaunting of her friendships and her inability to reckon with her choices prove that maintaining access and scoring minor scoops can’t justify covering one of America’s most retrograde institutions when you include its members as party guests.

That Totenberg, in her words, “chose friendship,” thumbs the nose at everyone who expects sharper perspectives from reporters who shape public opinion about the Court. When discussing recent events at the Court, she continues to side with her powerful subjects and not the people whose lives they are upending. Totenberg describes the calls for Stephen Breyer to resign as resembling “a near hysteria”; post-Dobbs protesters are “a handful of angry demonstrators…sometimes yelling.” At one point, she mourns the halcyon days when Martha-Ann Alito helped facilitate the posthumous publication of a cookbook of Marty Ginsburg’s favorite recipes. I’m confident those seeking abortions in red states these days aren’t buying it.

Near the book’s end, Ginsburg tells Totenberg that she kept Totenberg in the dark about her failing health because “I just didn’t want you to be trapped between your friendship for me and your obligations as a journalist.” It comes as cold comfort to learn that at least one of them cared about this conflict of interest. But it wasn’t the one who should have. G.S. Hans is an Associate Clinical Professor of Law at Cornell Law School, where he teaches the First Amendment Clinic.

Link to: The John Roberts Hagiography Will Continue Until Morale Improves 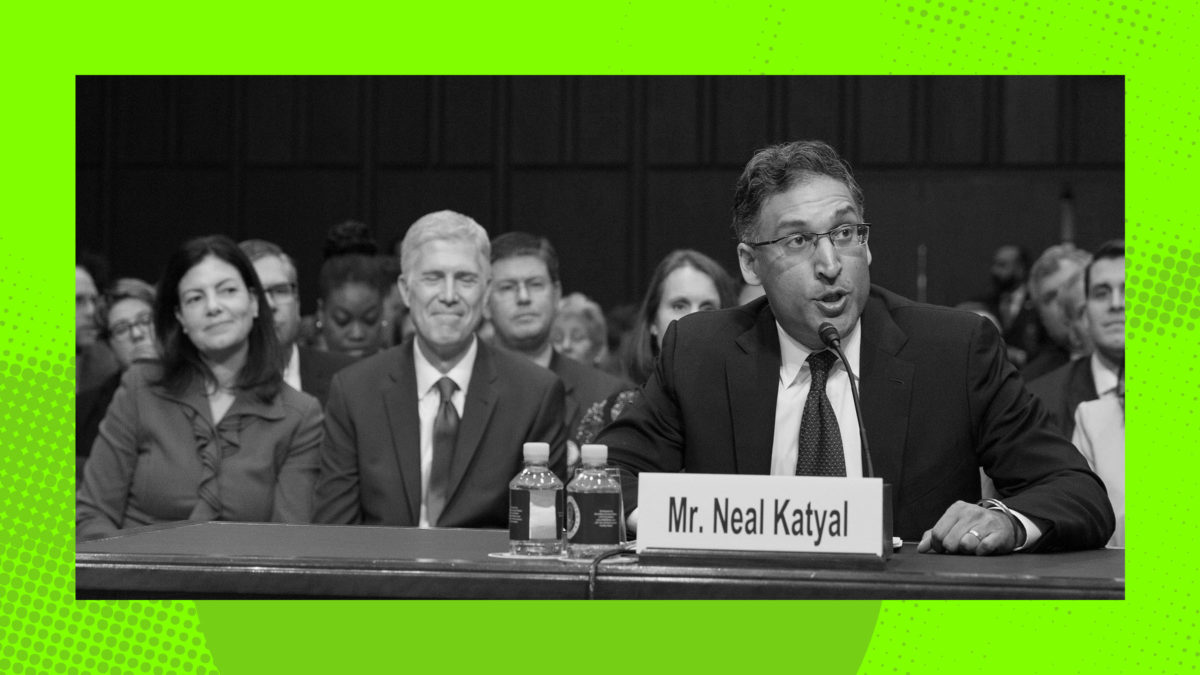 Link to: Being a Lawyer Doesn’t Make You Immune From Criticism

Being a Lawyer Doesn’t Make You Immune From Criticism Link to: Legal Journalism Is Broken